Just wanted to let you know that the Statemap 2014-15 field mapping project has resulted in the publication of three new geologic maps.  These are the Parma, Prim, and Greers Ferry quadrangles.  Reduced images are posted below.  These should be available as .pdfs on our website in the near future.  I’ll keep you posted! 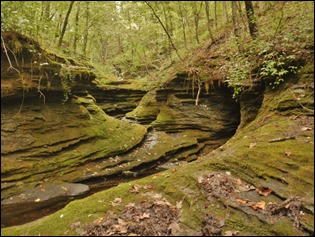 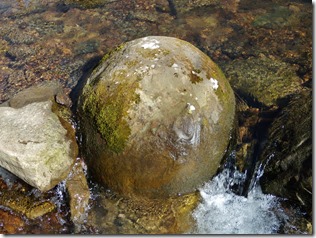 Also, I would like to thank the many people who helped with data collection in the field this year, without whom this project would have been impossible.

Now it’s off to the Brownsville quad for next year! 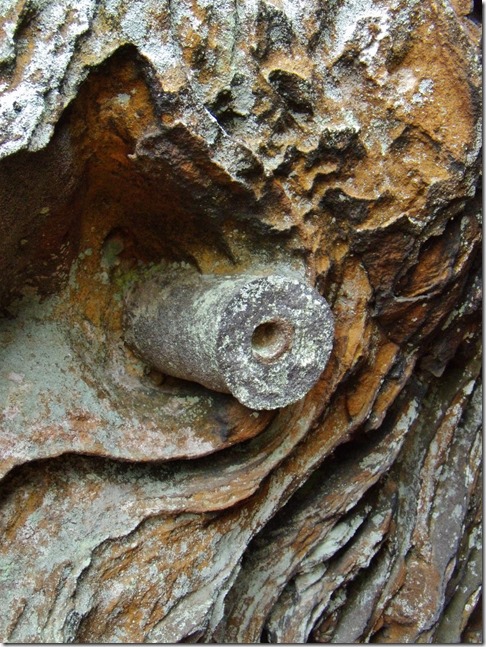 This is a “sandstone pipe” in the Witt Springs Formation of north central Arkansas.  At first glance, it seems that someone has managed to insert a pipe into the outcrop (either that, or someone had fairly sophisticated plumbing 320 million years ago).  Actually, these naturally occurring features result from iron minerals precipitating out of ground water as it moves through rock.  When minerals precipitate from a solution, they do so in concentric bands known as liesegang bands.  They were named for Raphael Liesegang: the chemist that first produced them in the laboratory. Once the band of minerals has formed, it makes that part of the rock harder, and, as the rock erodes, the iron-fortified band stands out in relief.  Typically liesegang bands form in organic shapes like the ones that surround the pipe above.  When they form a cylindrical band, however, they look almost identical to iron pipes.